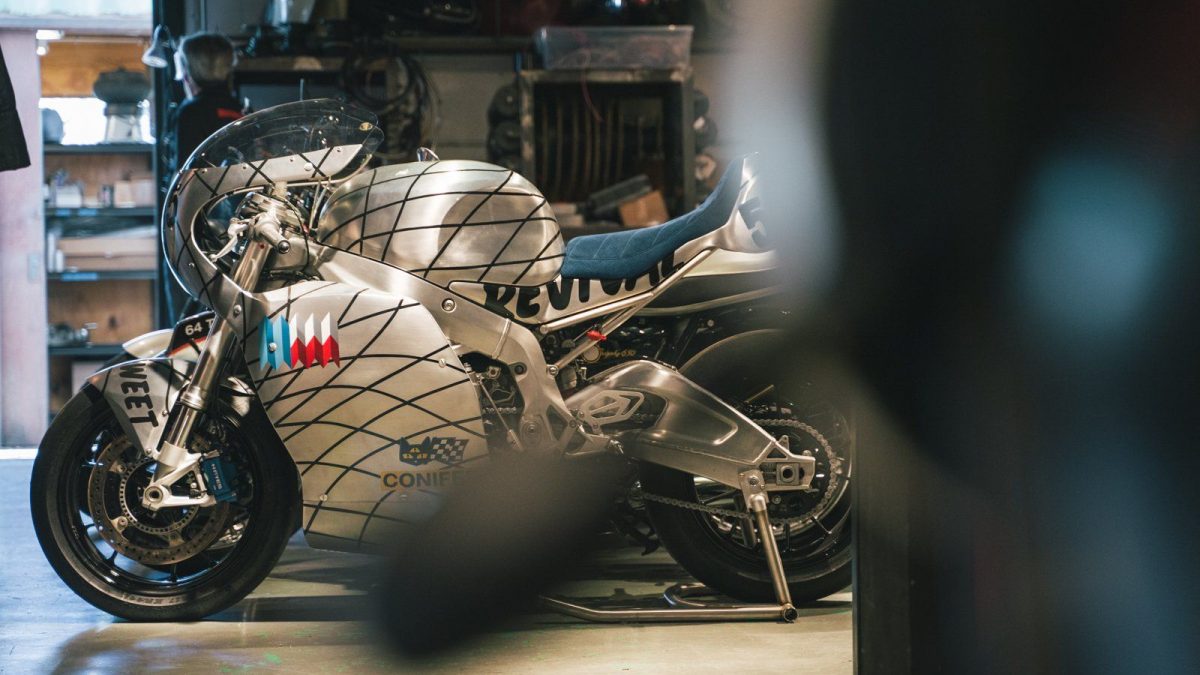 Sturgis was the place to be for the custom bike lovers as it played host to the AMD World Championship of Custom Bike Building. I really respect the work that went into building these, but here are some bikes that I could not stand or understand.

I really like the movie with it’s chariot and all, but this cluttered piece of custom art really made me shudder. I understand that Wild Road Choppers from Japan really wanted to put in all that they had into this bike, but it seems that they also put in every shiny part their garage could have held.

Garish and overloaded, the bike seems like a complete design confusion owing to its slim lines and blink overkill. The charm of the exquisite 1941 Knucklehead engine lies ruined, thanks to the numerous unnecessary trinkets around the engine block and head. Better luck next time guys and don’t try this hard.

First of, the flames, which have been done to death and more on custom choppers. The ‘out-there’ handlebars along with the flaming tank quite spoil the front end look. The rear is conventional, but the right side is again massacred by that bandaged exhaust. The only good looking part on this American bike is the engine, and that too is Japanese!

Built by Cowboy Customs from Texas, this is another bike that makes no sense to me. Displeasing first off is the gunmetal golden paint which seems to carry everywhere from rims to the tank. Attempts to add innovative touches are numerous, but almost all of them come across as juvenile. On the rims you shall find small bull-eye targets which moves as the wheel spins. The oil tank with TNT painted in large letters is meant to look like a powder keg. And no fuel tanks for this one- two bullet shaped tubes with removal cap to fill up instead. Bullet shaped tank and the bike is called Bulletproof. I really don’t get it.

This bike from Canada comes across as a weird mix between “easy rider” and “back from hell”. Looks like a fun and well made bike, but there are things about it that I can’t comprehend. Like the metal flame cutout under the tank. Or the flame plate that clutters the engine. Or the exhaust that ride right up the sissy bar- tractor style!

A General Guide to Mountain Bike Suspension Terms and Set-up