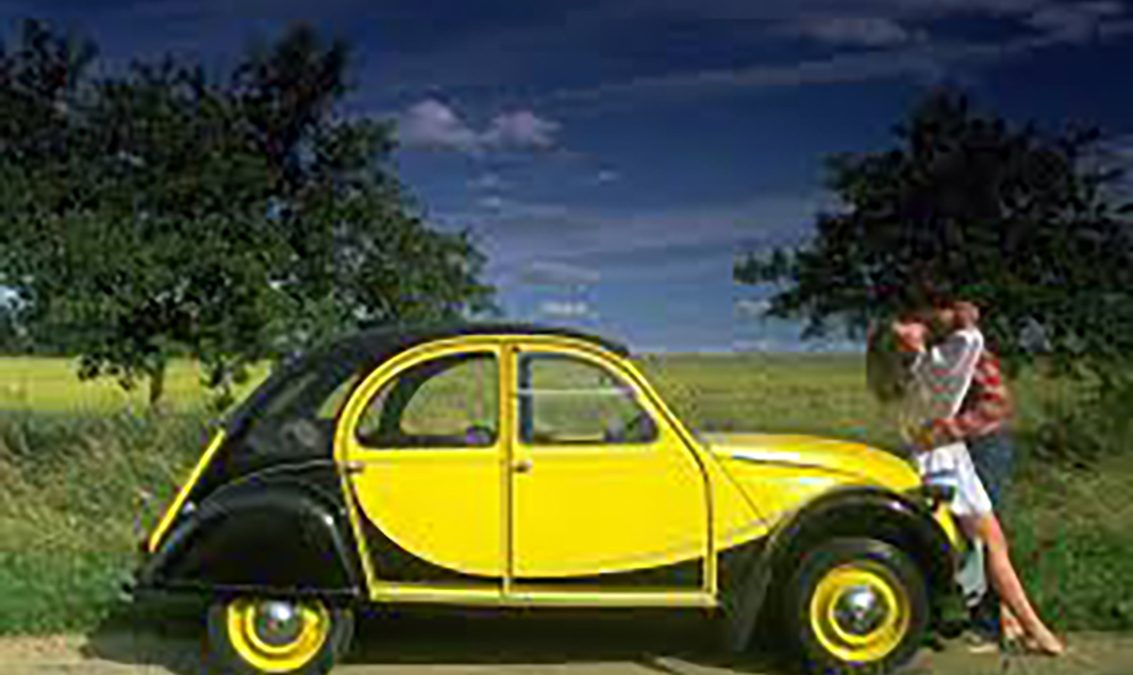 I’m an unapologetic fan of the Citroen 2CV, a simple yet elegantly engineered car that – like many classics – outlived its intended lifespan.

The 2CV became Citroen’s answer in post-WW II France to the Renault 4CV, but it many ways, it’s closer to my beloved Land Rover than the Renault competitor. Aimed largely at the farmer the Deux Chevaux needed to be simple, rugged, adaptable and capacious. It met this charge and also became an enduring icon of French life whether on the continent or in France’s postwar colonies.

As with many French cars America never took to it. The top rolled back to open its occupants to the sky; it windows did not roll or slide, they flipped up and latched in place. The gearshift stuck out from the metal dashboard. With barely 40 horsepower you move from Standard Time to Daylight Savings Time before youreached highway speeds.

Like Rover, Citroen manufactured far more luxurious sedans but found itself “stuck” with the 2CV right through the early 1980’s as its artful shape, essential rightness and uniqueness kept it in the public eye for generations. It’s small engine can be maintained by any interested enthusiast, too, and the word in European publications is that these little gems last forever.

Just like my Land Rover it’s also nearly hand-manufactured, and thus, eminently rebuildable. There’s a restorer in New Jersey who does nothing but 2CV’s, as noted in this recent New York Times article.

Internet commerce has made parts supplies for these cars a doodle and given their international standing, it’s quite likely that a strong parts presence will continue for quite some time. To me, it represents one of the perfect cars for daily classic car driving.